Just kidding. Personally, I never feel more robbed then when I receive a $60 check after eating what they called a “farm-fresh omelet” (which, translated into real words, means just a bunch of eggs on a plate).

As much as I’m a brunch cynic, I’m writing this article because the honest truth is that some of the best dishes in San Francisco are only available at 12 o’clock on a Sunday.

(Also I am tired of re-typing my “go-to” list every time someone asks for suggestions).

So here it is in order:

What to get: Just stick to the beignets, you can ever go wrong, yes craw-fish sounds bizarre but who doesn’t like melted cheddar jack cheese. Grits. Chicory Coffee. & honestly anything else.

Why: Best creole food in California and as close as you will get to real southern cajun food without actually having to go there.

Hint: Get there before the hungover people or after them. First come first serve basis.

What to get: I don’t know how one decides. Oven baked egg. Goat Cheese Bread Pudding. Sunshine Fix Drink.

Why: Unique cuisine, unlike any other. Awesome vibe. Top restaurant in the city.

Hint: Make a reservation 10 days in advance or show up exactly when they open and weasel your way to the bar.

Why: Space is unbeatable, they play a foreign film in the courtyard, and they never fail to impress.

Hint: Lock your car, you’re in the Mission. Reservation at least 2 weeks in advance. Only Sundays.

What to get: I personally go with the most genius… The Rebel Within. The Stacked Croissant. Cappucino.

Why: It is one of those dining experiences that justifies every bad thing about SF. Also the owner has an imagination similar to Walt Disney.

Hint: Be nice to the baristas, their latte design is surprising. It is always busy, but well worth it.

What to get: Baked eggs. Liberty Duck Breast. Manila Clams.

Why: Top in the nation to put it simply.

As I finished writing this article on “brunch,” I quickly realized it may be one of the best meals in the city as long as I do not get eggs. Something about paying someone to crack an egg for me seems wrong. However inventive and tasteful dishes like the “Rebel Within” or Nopa’s bread pudding really do make this meal. 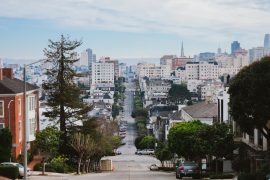 My Secret List of San Francisco Restaurants After Living There 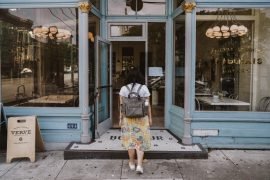 Summer Travels with Baggallini in Tow 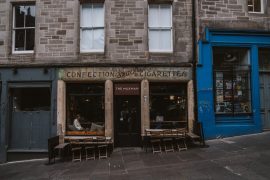 10 Edinburgh Coffee Shops Not to Miss