Just recently, I spent one of the best weeks of my life in a country named Jordan. Just thinking of the memories made and the experiences lived brings tears to my eyes as I wish I was still there. I was elated upon receiving the news that I had been chosen by the Jordan Tourism Board to be a part of the #unravelingJordan bloggers mega trip. I was going where? I had to pinch myself………multiple times.

I was overwhelmed once I announced online that I was going to Jordan.

Questions, statements, and strong opinions to mention just a few. Is it safe? We will be praying for your safety. Be sure to cover your head. Do you really think you should go? Aren’t you afraid to travel to Jordan? Are you worried about ISIS? It is so close to Syria.

So what is the truth about visiting Jordan?

I want to address the first and most common question asked, is it safe?
Let me start with, if you prayed for my safety while in Jordan, I hope you pray for my safety in San Francisco as well. I am so thankful for your concern and best wishes but I also covet your prayers of safety in my own backyard because the honest reality is that San Francisco is more dangerous.

In Jordan the general crime rate over the last five years has averaged 5 cases per 1000 people. To put things in perspective, San Francisco has an average of 68 cases per 1000 people. I am not saying you should walk by yourself at 2 in the morning down the streets of Amman (as caution should always be taken when you travel), but it is generally and statistically safe. However, I can honestly say I felt safer in Jordan than most times spent walking down Mission Street in San Francisco.

In Jordan the towns are peaceful, the people are welcoming, and the warmth exuberated from each smile can be felt the minute you make eye contact. The greatest part of the trip was being able to see different parts of this beautiful country. We saw the capitol of Amman, visited the small town of Ajloun and dined at a local’s home. We explored the desert and experienced the Bedouin culture. We also visited the more common sites like Petra and the Dead Sea. It was not a bubble-wrapped trip of limited exposure, we saw it all, and I can confidently say I felt safe.

I believe mass media has a negative tilt in the way it portrays the entire Middle East region. Sure, there are countries, like Syria, that are not safe to go to, but Jordan is surely not one of them. It would be similar to saying the US in general is not safe due to high murder rates in cities like Oakland, Detroit, or East St. Louis, but there is much more to the US that is safe than just these three cities. The same goes for the Middle East — there may be terrorism in the region, but not each country is marked by it.

I think it is crucial in life and in travel to have your own opinions when it comes to balancing what the media portrays and reality itself, as often they are not one in the same. It is easy to be swayed by the opinions of others, but I encourage you to do your own research then make decisions. This approach has to be a mentality, a way of life. Was I afraid before visiting Jordan? Absolutely not. Why? I chose the mentality of doing research before going and choosing to filter mass media against it. I can only encourage you to do the same.

Jordan is an incredibly beautiful country inside and out. From the culture, the people, to ridiculously cool places like Petra. It is a wonder of the world that must be experienced once in your life (I hope again soon for myself). The hospitality is touching in every aspect; from the moment you step foot in a store, to dining, to walking through the city. It saddens me that such a lovely country like Jordan has been marked by the question “is it safe?” There is not a finer way to break this barrier than by pushing aside rhetoric and media, and getting on a plane and experiencing it yourself.

[I love this quote from Jason Holland from Travel Simplicity: “I think the biggest thing is that people need to get over their fear. And until they get over their fear, they are not going to experience many wonderful places. One of those is Jordan.” Amen.]

The next topic to address: As a female, do you need to cover your head?

This question was asked repeatedly before, during, and after the trip. I laugh now at myself as I thought all women in Jordan wore burqas. I was totally wrong. You will see all walks of religion and belief in Jordan, some women being covered completely from head to toe, others in just the scarf wrap, and those who looked like they are leaving for a bachelorette party in Vegas. Is the country modest in dress? Generally speaking, yes. I personally felt more comfortable in pants or long shorts but I also wore tank tops and t-shirts. By the Dead Sea, at the resort, I was wearing my two-piece bikini.

So what’s the dress code for visiting Jordan?
In certain regions, in smaller towns, it is more advised for men and women to have their shoulders at least covered and wear pants. As you get to the capitol of Amman, the dress is much more diverse. I would not recommend denim cut off shorts, but tasteful, longer shorts would be fine in areas of the Dead Sea and Petra. I recommend you not wear shorts when hiking Petra. I wore my athletic, stretchy, leggings. By the time the Dead Sea came, I could have been in LA, as the dress was very “Westernized.” Generally speaking, Jordan is very modern and alternative in dress. For entering churches and mosques, your shoulders must be covered so I always traveled with a wrap when I knew I was headed to one.

[There were times that I did cover my head (as I am sure you saw on social). Those times were because I wanted to wear the scarf for more stylish purposes or to block the sun — not because I felt like I “needed” to.]

Jordan is a country rich in friendliness and I am ecstatic to share more highlights and special moments from my time in this wonderful country. This country will always hold a special place in my heart. I learned many lessons in life and and I learned more about myself than I ever imagined. The greatest lesson I learned about myself was that I can only become a better a person if I am willing to open myself up to the beautiful and inspiring experiences that lie in every corner of the world — one of those is Jordan.

Thank you to Visit Jordan for having me on this trip of a lifetime. As always, all opinions and reflections are my own. 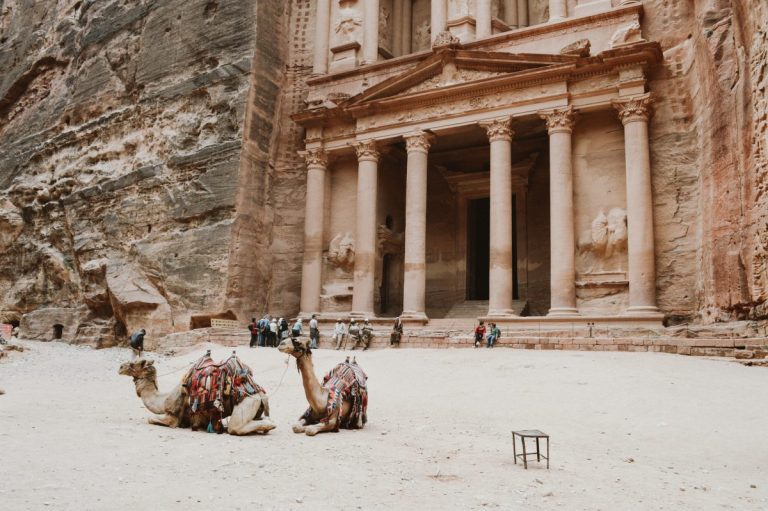 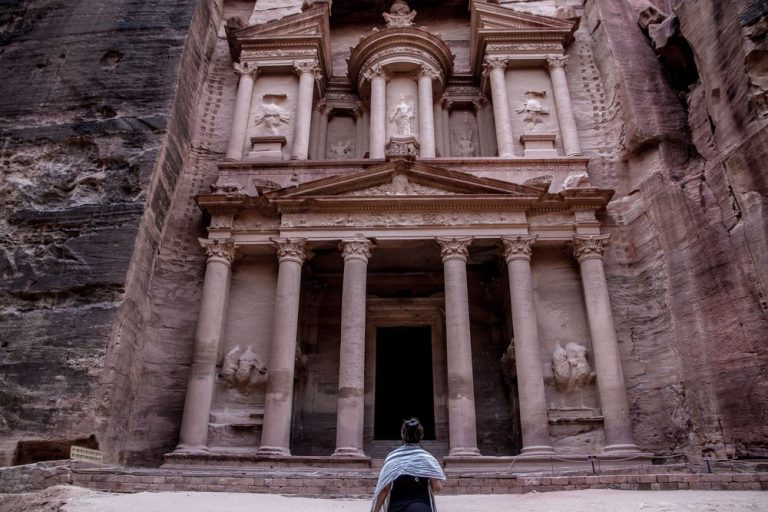 Petra: How to Travel to One of the New Seven Wonders of the World 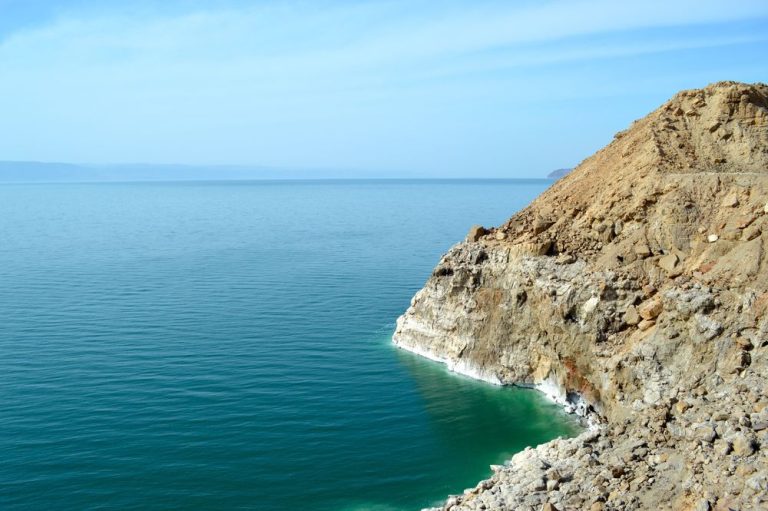 The 5 Must-See Places in Jordan