After doing a quick Instagram poll, there were so many questions that came in about Croatia. I thought I would write my top tips for traveling to Croatia to help respond to these questions. As you read below, you’ll each section broken out into sectors based on topics. After spending 10 days in Croatia, I found myself wishing I would have spent a few more days relaxing on an island as it truly is a beautiful place. There is so much to see from the coast to the national parks — you can really have a balanced trip.

Take a peak at my tops tips for traveling to Croatia: 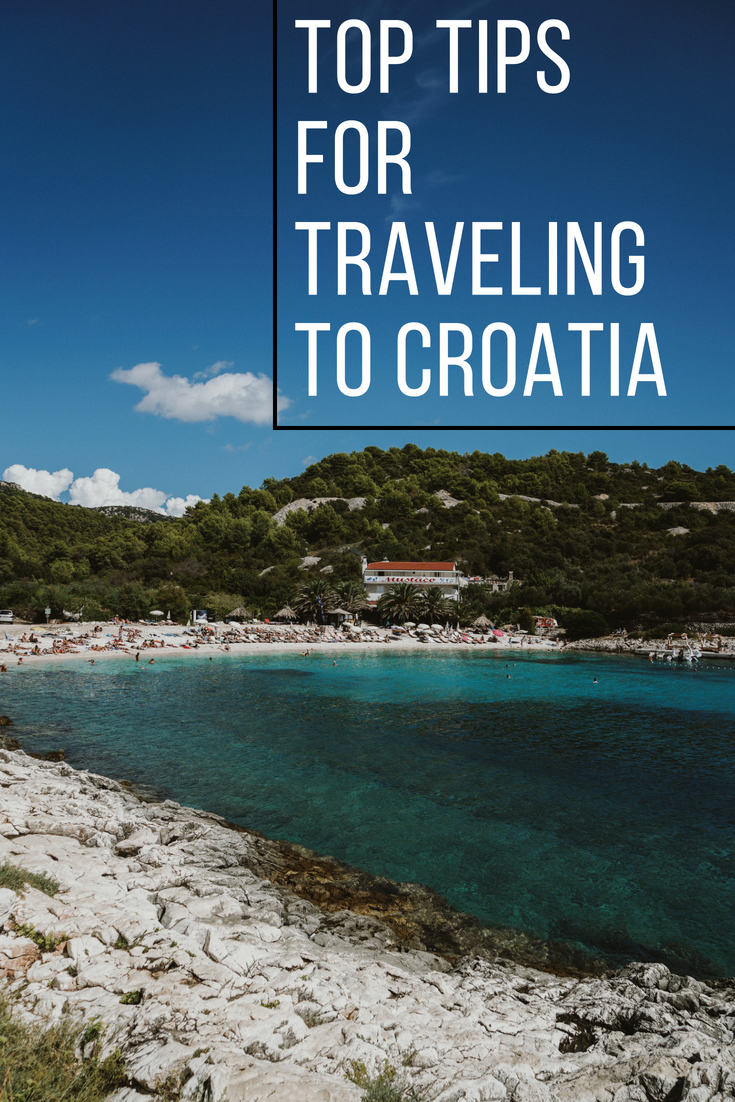 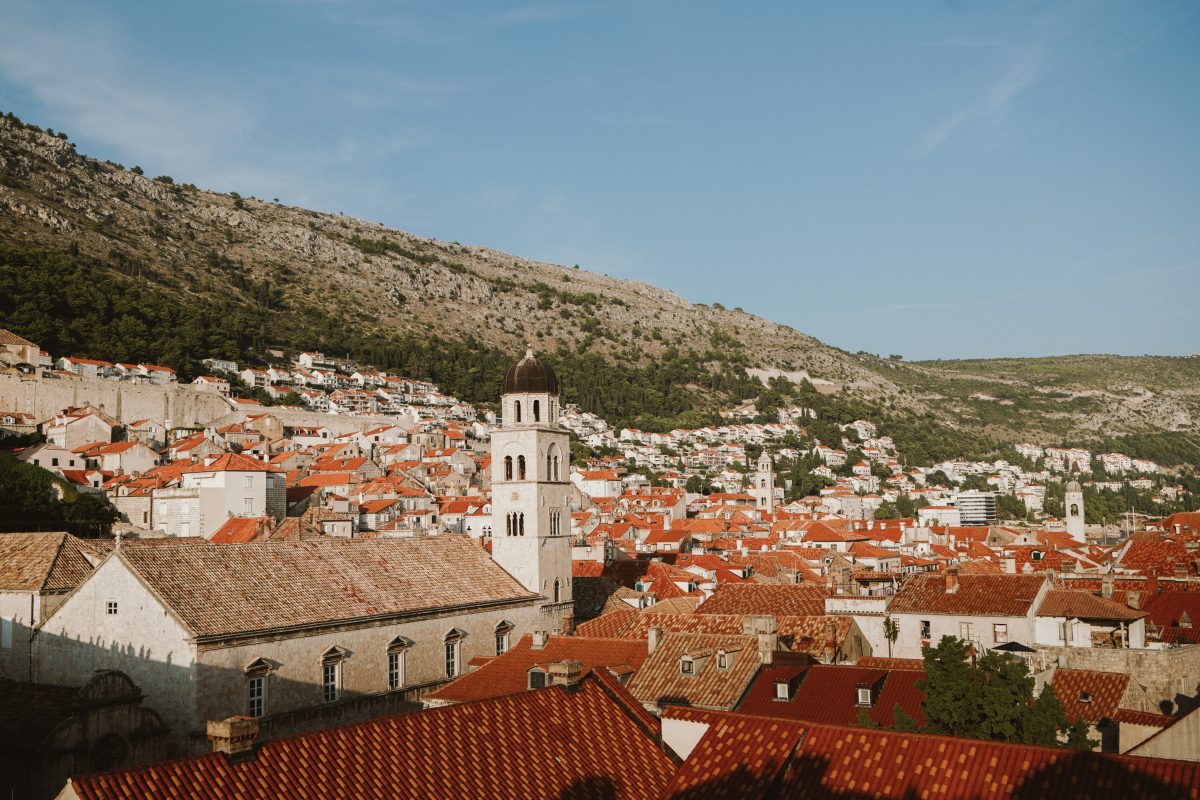 Top Tips For Traveling to Croatia

How to get around Croatia

This was the most popular question and for good reason as it may seem really overwhelming on how to get from one place to the next. First off, we used only ferries to get from one major destination to the next. Island hopping is not easy in Croatia or its expensive — if you imagine yourself hopping through islands, maybe a sailing trip is better suited. Though you can road trip through Croatia and I would recommend it pending your itinerary, we opted not to.

Ferries in Croatia.
There are regular ferries between major destinations like say Split – Hvar. The ferry times run seasonally and some routes are only open during certain times of the year, like the route we took from Dubrovnik to Hvar. Normally it’s not always open. We used Jadrolinija to book almost all of our ferries. You can see schedules and times, and it’s important to check if you can get from one point to the next. I highly recommend booking your ferries in advance as they do sell out. For the day of sailing, I’d recommend showing up at least 20 minutes before to get in the cue and to get a good seat.

Cars in Croatia.
We had originally rented a car for a day trip to Plitvice from Split but had to cancel due to weather. We had the right idea to have a day to ourselves and not in group tour to visit the national park. Renting a car is easy in Croatia and the roads didn’t seem too difficult to navigate. It would be also a great way to visit other destinations nearby as well.

Taxis in Croatia.
There’s one way to burn money in Croatia and taxis are definitely it. We took a 7 minute ride and it was 20 Euros — ouch. We learned the hard way that Uber was the way to go in Dubrovnik and Split.

Day trips from Croatia.
One frequent question was how to get to Mostar, Bosnia & Herzegovina and we opted to do a group tour that had transportation. It can be done by self-drive, but we wanted to not have to worry about navigation and border crossings. I’ve had multiple friends take their owns cars across borders between Croatia and even Montenegro, so it just depends on what you feel up to.

Costs, money, and more in Croatia

One of my biggest misperceptions about Croatia was that it was generally a cheap place to travel to. Fact is, places like Dubrovnik are quite expensive and similar to the likes of Paris. Sure you could go budget on a trip in Croatia but to stay within city walls and to walk into most restaurants, I found it more expensive then some places at home.

Getting cash in Croatia.
I recommend going to the ATM and using this for the best currency rate and not exchanging cash at a teller.

Credit cards or cash in Croatia.
Both are accepted though we found many places to be cash-only, so we kept returning to the ATM frequently for more cash.

Costs of accommodations.
You could spend anywhere from $100USD a night on an okay private Airbnb and upwards to $650USD a night on a luxury hotel. There is a huge range on this — the nicer the place and the better location always means higher prices.

Crowds in Croatia.
We’re not the first to fall in love with this country and the crowds can feel overwhelming in the heat of the day. I’d recommend not going in the middle of summer and opting for mid-September or early June.

Language in Croatia.
English is widely spoken and found it really easy to communicate.

We found Croatia to feel really safe. Always practice common sense, like not walking alone at night in dark alleys, but generally everywhere we went was great.

Now if you guys followed along, you saw that both Travis and I got incredibly bad food poisoning on two separate occasions. We ate at two high-end restaurants, I had mussels and Travis had a beef sandwich. It was a few days apart as well. Here’s what we learned:

Food born illness can be an issue in Croatia. In fact, when I went into the pharmacy, I was not the first that day to come in needing meds. A big part of it comes from reheating meats, not properly storing seafood, and imported goods. So we had say 30 meals of which 2 we got sick, the odds are you probably won’t get sick. It’s good to be aware though and considering things like meats/cheeses left out all day in the sun is probably not in your favor. It’s also worth a scan of Yelp to see if any other cases have been reported. I’ll be honest, I wouldn’t really think twice about it or be paranoid about it.

What you can’t miss in Croatia

The local wine.
It’s delicious and cheaper than water sometimes! We had our fare share of the whites and loved trying their regional wines.

Sunbathing on the rocks.
Most think there are a ton of sandy beaches, but it’s almost all pebble beaches and rocks where you sunbath. It’s sublime. We did almost every day — grab a bottle of water, some snacks, and head to the rocks to lay out. Pure bliss.

The National Parks.
Though it’s temping to always be by the water, inland there is incredible National Parks. From Krka to Plitvice, be sure to take advantage of these wonderful sites.

The regional cuisine.
We had some great meals that featured regional ingredients like truffles from Istria or oysters from Mali Ston Bay. I’d ask your server what’s fresh and what’s local for the best dishes.

The sunsets.
They’re next level on the coast and I’d make it a priority to stop and watch it every day there! 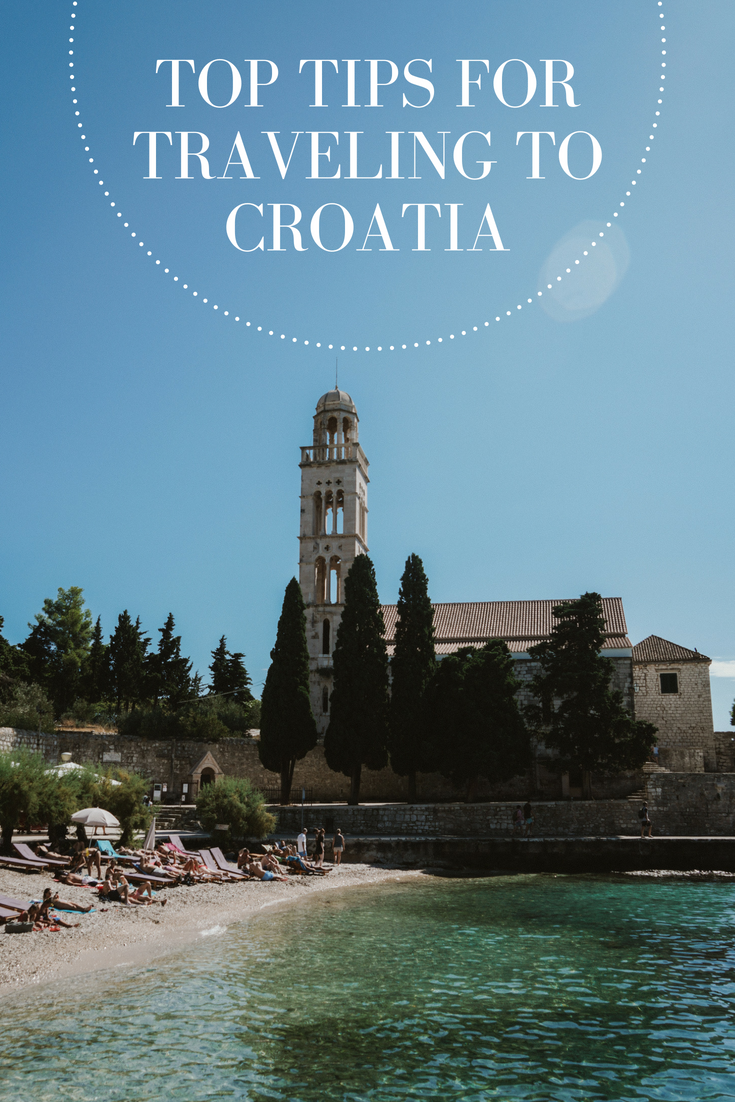 How to Travel Responsibly and Safely in California This Summer 2020

Is MasterClass Worth it? An Honest Review and A Look at The Best Classes Offered

The Four Best Credit Cards for Building Up Reward Points