On a long layover on my way back from Malta, I slept overnight in Istanbul. I got into Istanbul late at night, but had the entire morning before my 1pm flight and couldn’t help but go explore.

I flew Turkish Airlines roundtrip from San Francisco, and as part of the overnight layover, I was put up at a hotel nearby. I was around twenty minutes away from the center of Istanbul, and I knew if I got up early, I would have enough time to see a few sights. 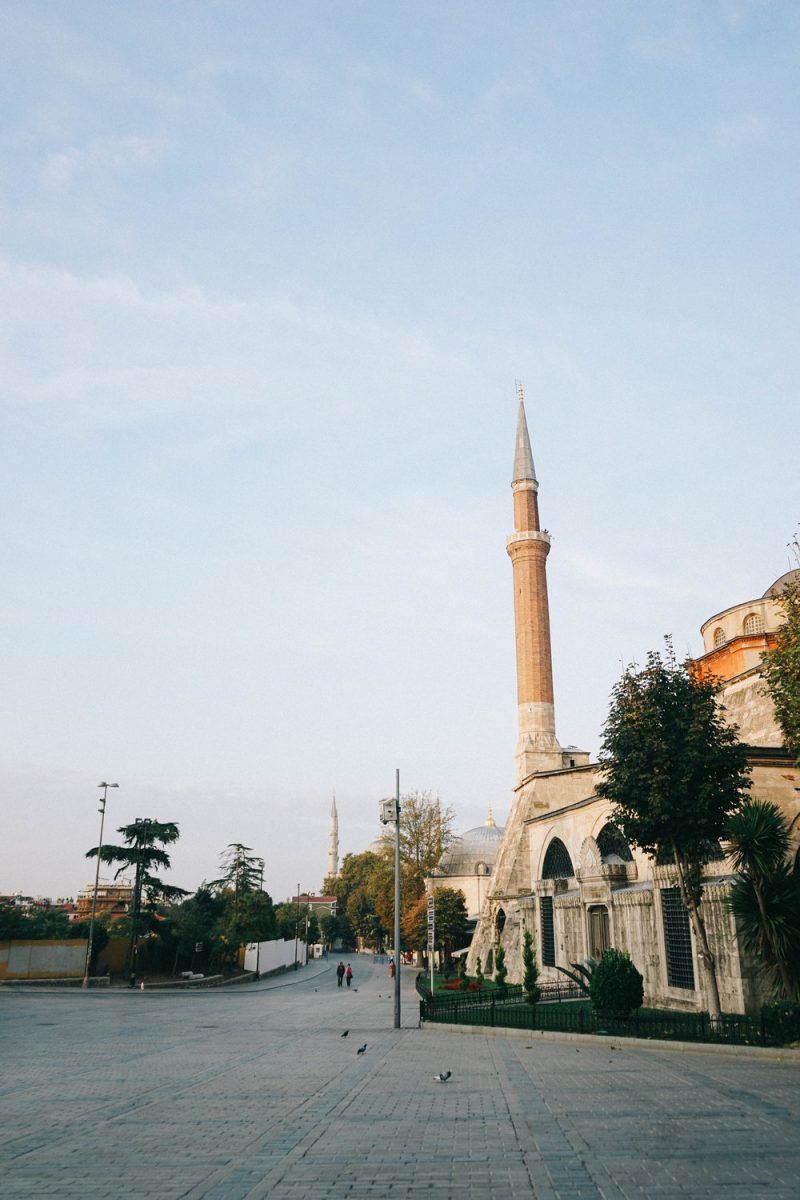 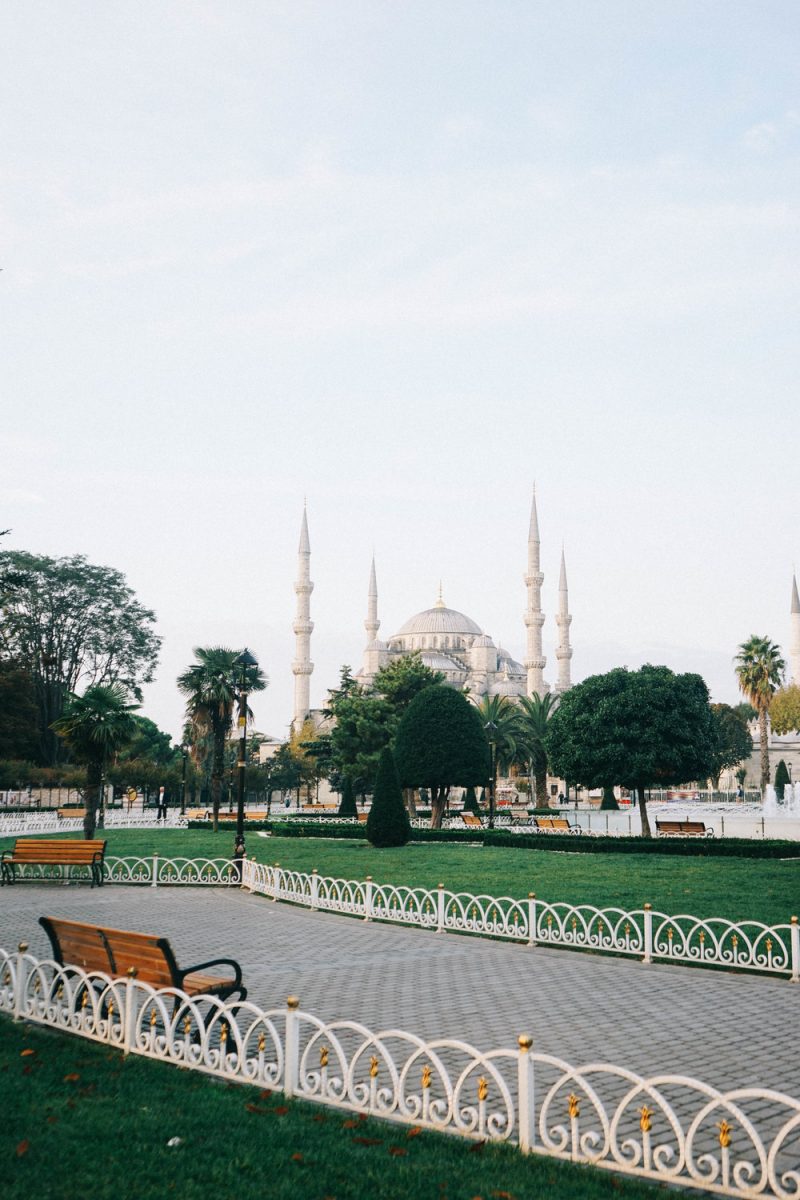 Arriving into the heart of Istanbul, the sun had just risen, with a golden light casted over the city. I was immediately smitten by the place. The smell of fresh semit being cooked, an empty square with locals passing through, I felt like I had the whole city to myself. The Turkish hospitality is something that is unlike anywhere else, and I surely wish I had more time to explore. I will be coming back for more.

Here’s how I spent my short layover in Istanbul: 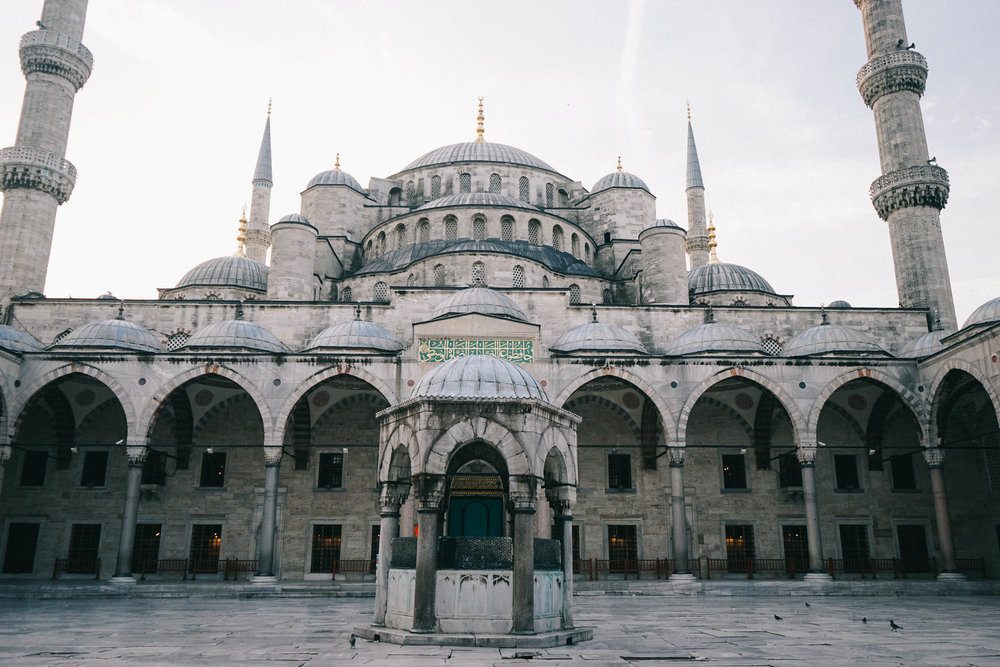 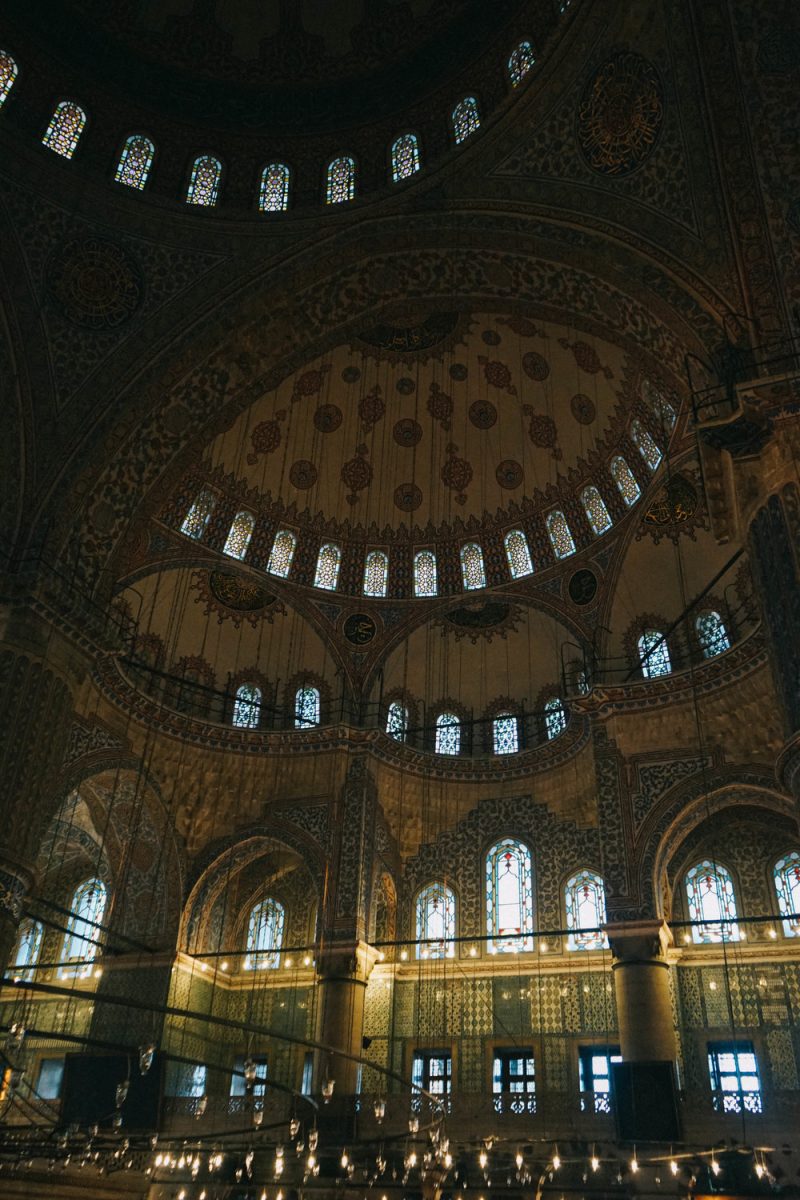 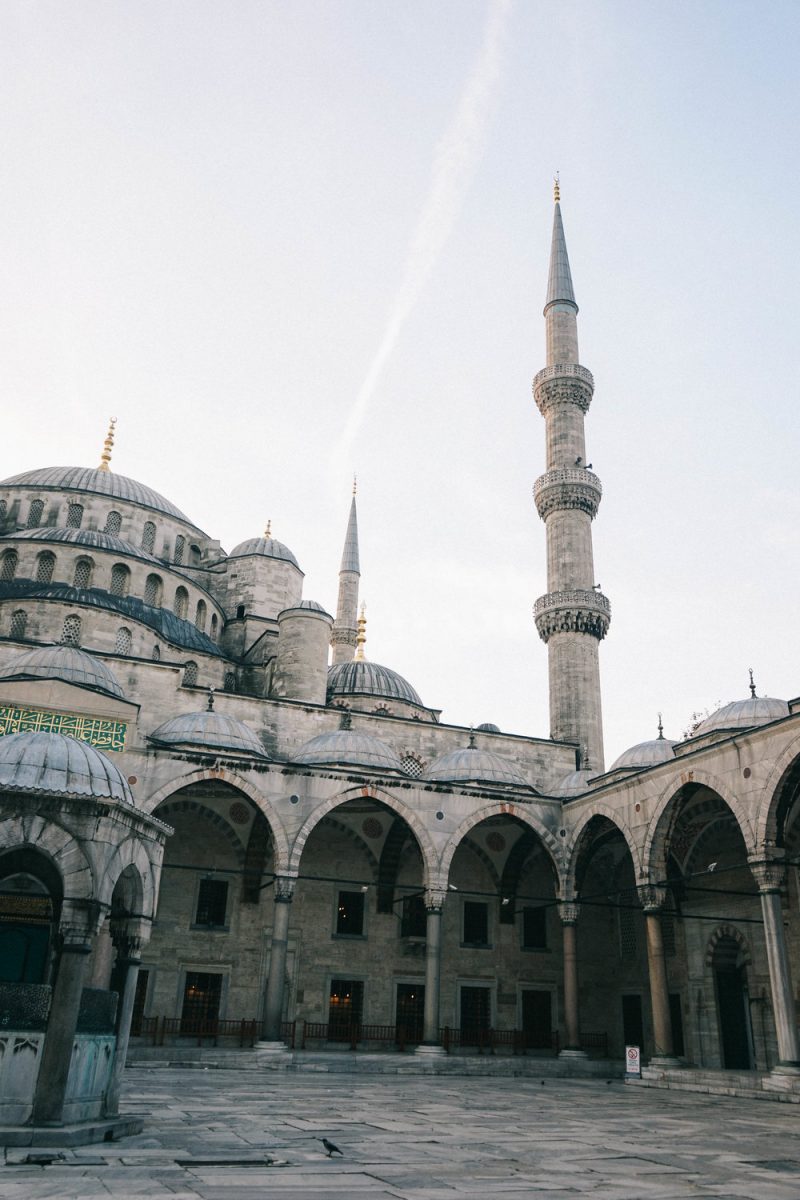 Place: Sultan Ahmed Mosque (Blue Mosque)
Opening hours: Open 24 hours.
The first thing I did upon arrival in Istanbul was head straight to the Blue Mosque. I walked in and had the entire thing to myself. The intricate detail was mesmerizing — and no matter what religious background you come from, it’s hard not to feel the sacredness of this beautiful mosque. 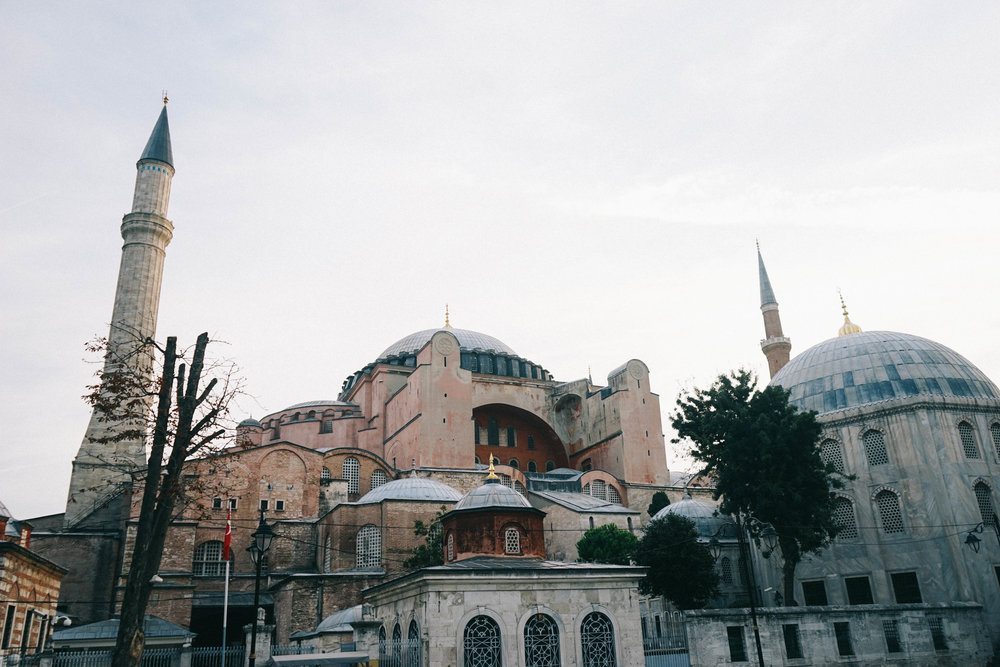 Place: Hagia Sophia
Opening hours: 7 days a week, 9am–7pm
Across the square from the Blue Mosque is the wonder of Hagia Sophia. Though I was too early to enter, if I had an another hour I could have easily gone in. Constructed in 537 AD, this place has worn many hats as it was once an Orthodox cathedral, a Roman Catholic cathedral, and then became secular before turning into a museum. It is said that it is the biggest representation of Byzantine architecture. 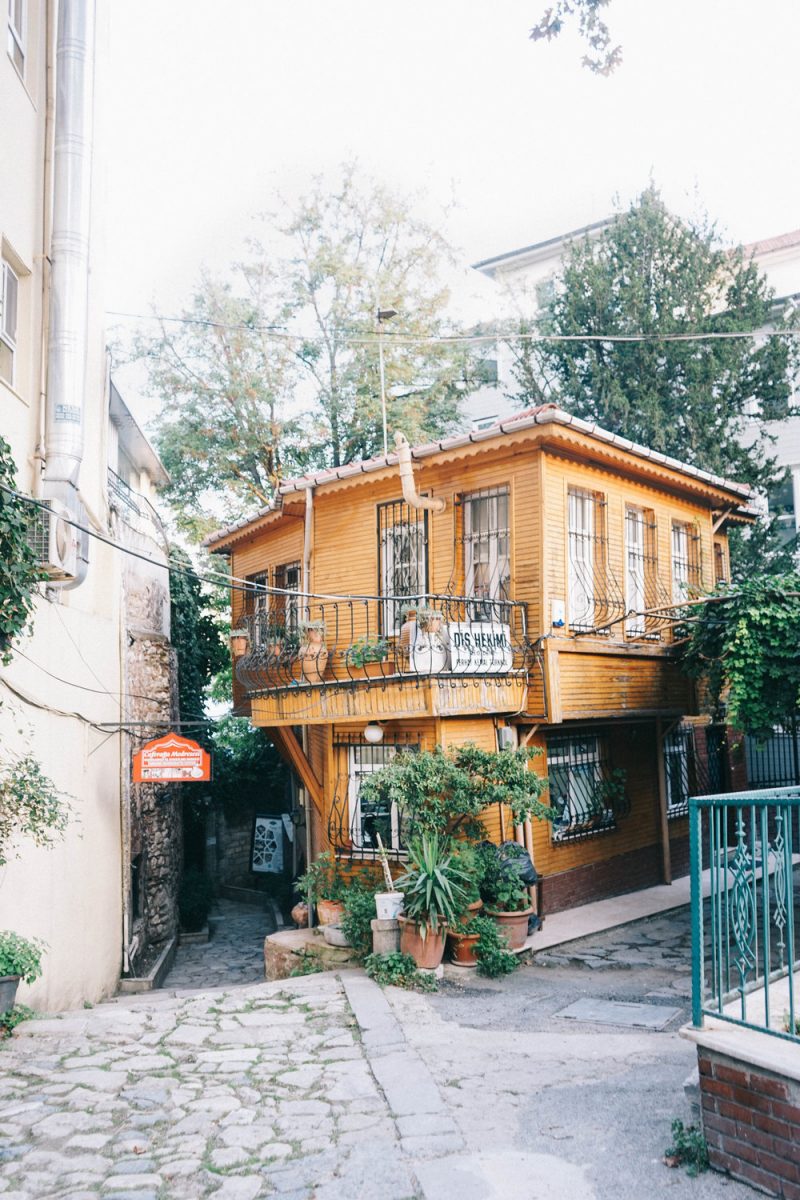 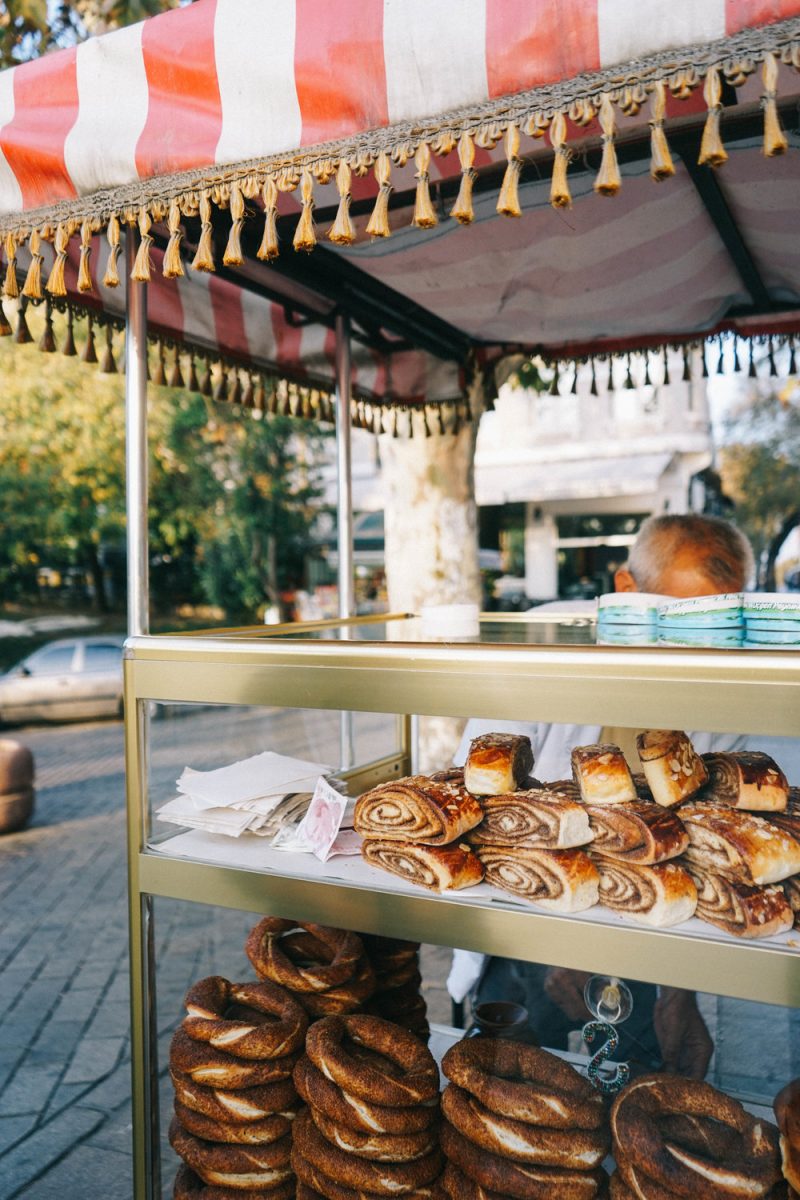 Place: Neighborhood between Hagia Sophia and Grand Bazaar
Opening hours: 24 hours
After making a pass by the Hagia Sophia, I made my way over to the Grand Bazaar. I stopped at a local semit cart and picked up this warm pastry with nutella spread on it. Semit is a staple of Istanbul and makes for a great breakfast on the go! 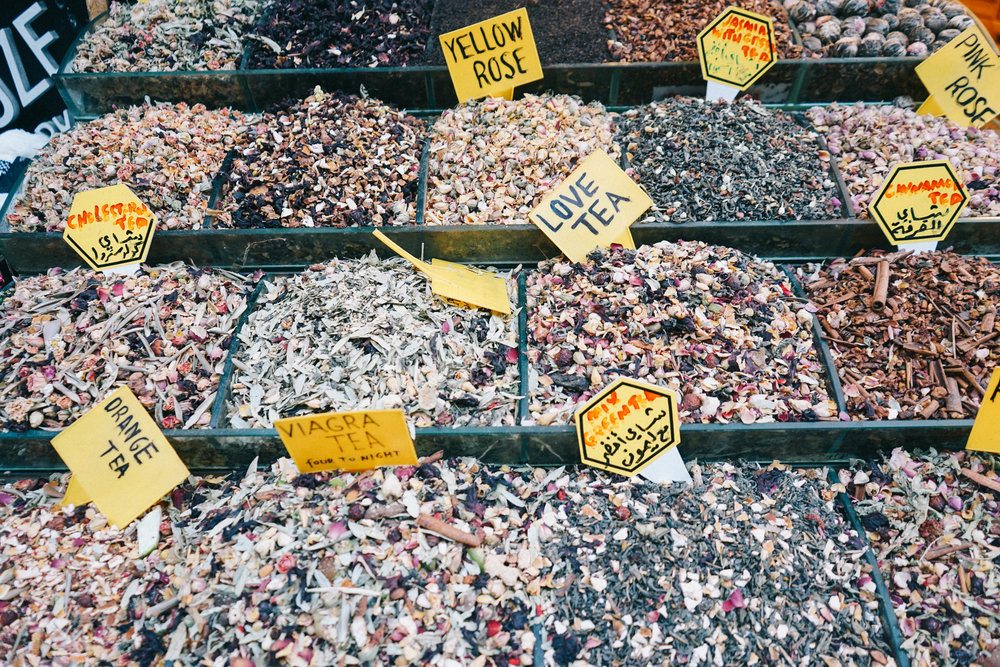 Place: Grand Bazaar
Opening hours: Monday–Saturday 9am–10pm
Somewhere that I have heard of many times, has been the Grand Bazaar. Both beautifully intricate yet incredibly daunting, it holds the best shopping of local goods in Istanbul. You can pick up fresh teas, Turkish delights and treats, and more. Be sure to be aware of where you are as getting lost is rather easy.

19 Unique Destinations, Hotels, and Museums You Can Travel Virtually to From Home

How to Support Small Businesses and Creatives

A Step-by-Step Guide to Finding Flights with Google Flights