If you’re headed to Andalucía and you’re looking to travel without a car, then this guide will help you. After spending one week exploring by train and bus, I found myself trying to figure out the best way to get around. Andalucía is a special part of Spain — it has small hilltop towns, bustling cities, and some incredible scenery. I found it surprisingly easy to explore by using trains and buses there.

Though road tripping would be a blissful way to see this part of Spain, sometimes it’s nice to not have to worry about a car. So with a little bit of research, I found the two best ways to explore southern Spain, sans car.

Here’s a look at how to get around in Andalucía.

How to Get Around Andalucía Without a Car 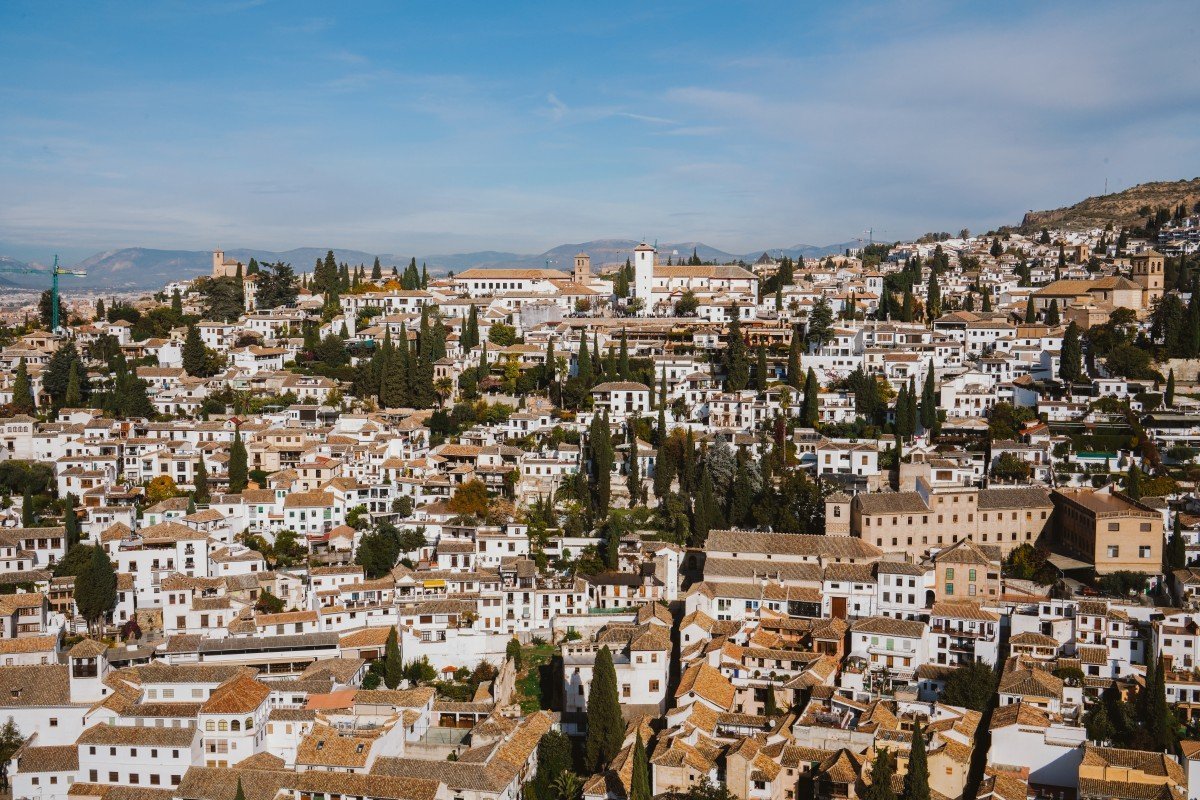 Taking the train in Andalucía

The first and more obvious way of getting around from one city to the next is taking the train. You can book directly on Renfe’s website and book far in advance (you’ll want to do so in the summer months). You’ll find the major cities have either direct or one-change trains to get there.

You’ll find the trains to be convenient really for just those major cities and longer distances. One downfall about the trains in Andalucía is the price point — they can be much more expensive than the bus, especially when traveling in groups.

Train travel in Spain is a great way to get around. Often times the train stations are not directly in the city center so you may have to take a taxi or bus to your final accommodation’s destination. I found more often than not, the stations were 10-15 minutes away by car to where I was headed.

Train stations in Spain are well equipped to help travelers. If you need any help, someone at the ticket counter can help you. Be prepared to keep an eye out on your suitcase and as always, mind your belongings. Train stations often have amenities like a coffee shop or sandwich stand and it’s recommended to grab water or something before getting on.

It’s crucial to book your tickets in advance for peak season to secure a seat. Even in the off months, the weekends can be really busy. Be sure to keep your ticket on you at all times.

Travel tip: the perk of taking the train might be speed but it’s not always the fastest way. (be sure to compare). 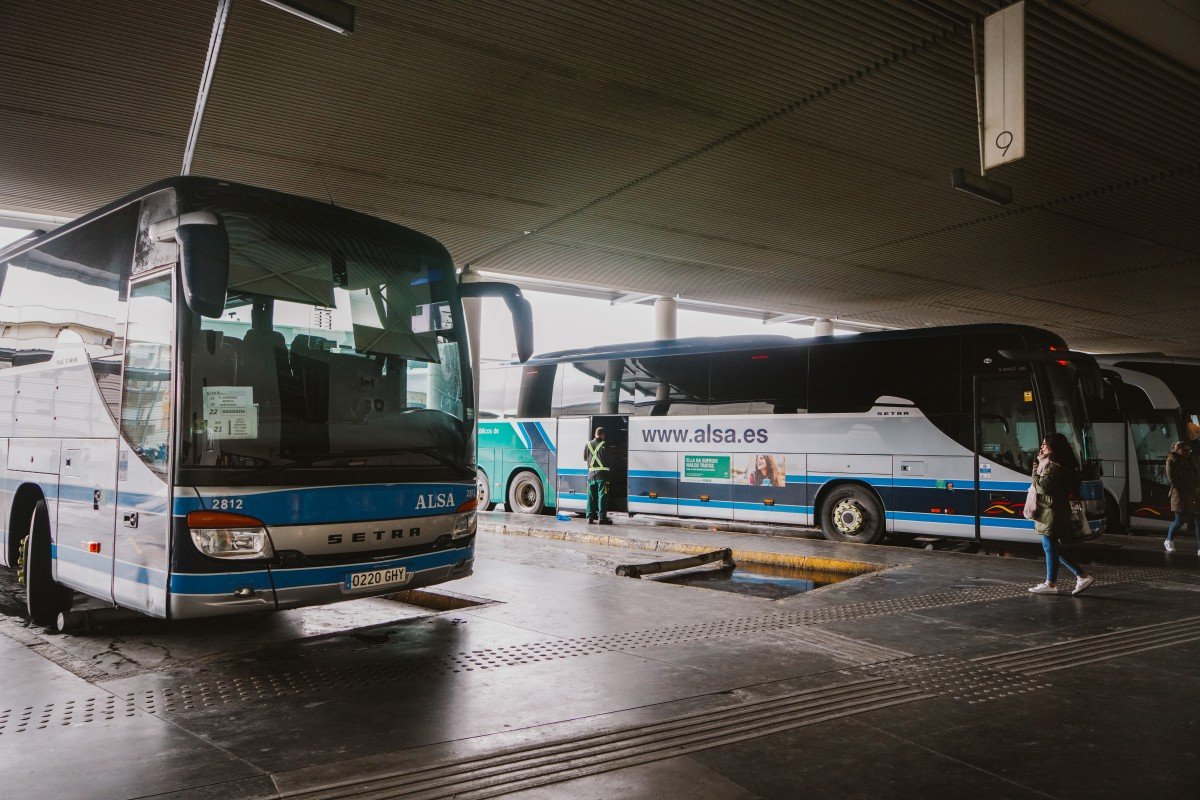 Taking the bus in Andalucía

My biggest discovery of traveling in Andalucía was the efficient bus system available to travelers. I usually don’t take buses in Europe but in the south of Spain, it was the best option for most routes.

You can book directly on Alsa, reserve the seat, and even pay for extra luggage. The bus stations in most cities of Andalucía are adjacent to the train stations, plus the prices are much more affordable than the trains. The busses have Wi-fi most of the time and are very clean.

Not all buses have restrooms on board, so be sure to check ahead if it is a necessity. There are no snacks or drinks available for purchase on the bus, so I’d also recommend grabbing a few snacks and having water with you.

The buses are rather clean and if you’re traveling solo, some of the buses will have solo seats you can reserve.

Travel tip: You can book changeable tickets for a few more Euros. I’d recommend this in case you want to stay longer in a city or leave sooner. I found myself changing one or two tickets during my trip. 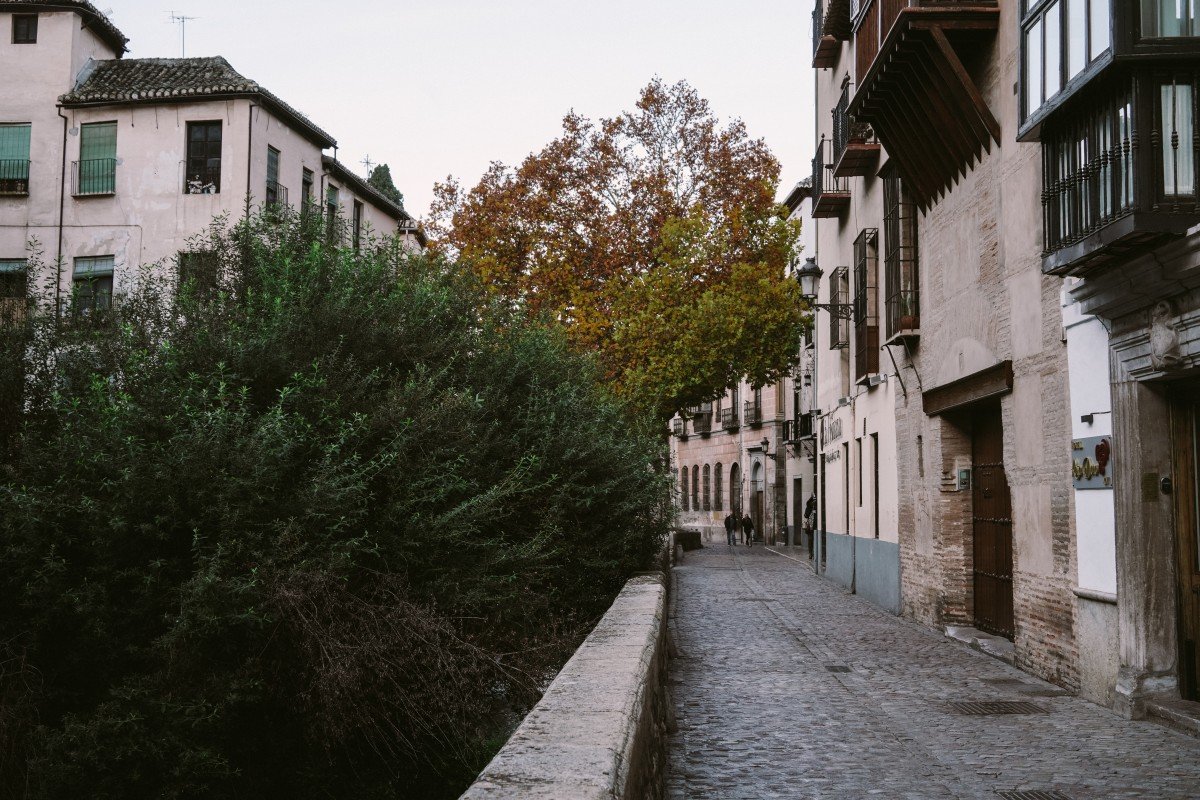 Where do you fly into for Andalucía?

To get to the south of Spain, the best-located airports are in Seville or Málaga. It truly depends on where you want to start your trip and which destinations, but both of these are great starting points. Some of the other cities have airports as well but have more limited flight schedules.

If you’re flying from Barcelona, I’ve taken both Vueling and Easy Jet down to the south of Spain (once into Málaga and the other in Seville.) I’ll note that they are budget airlines but get you there timely. Most of the time the flights are no more than $50 within Spain. 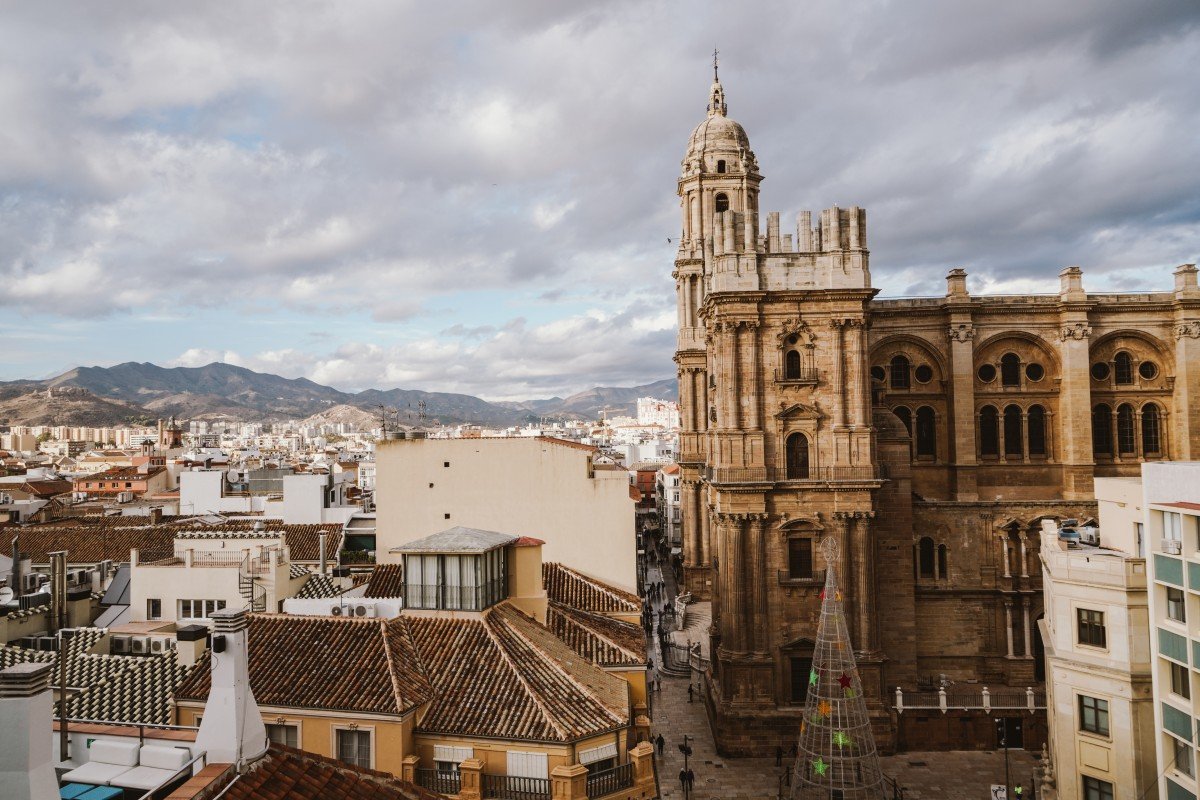 Getting from Málaga to Granada

In comparing the two options of either the train or bus from Málaga to Granada, I found the bus was faster and more convenient in time and price.

I purchased a bus ticket on Alsa and was around one hour and thirty minutes to get to Granada. The train would have been around the same amount of time but required one change and was much more expensive.

Good to note: The bus station in Málaga is just behind the train station.

Getting from Granada to Córdoba

Another comparison of the train and bus options landed me on a bus from Granada to Córdoba. The bus was only twenty-five minutes longer but the low price of $10 won me over.

Again, a clean bus and an easy ride, it was a great way to get from one city to the next on Alsa. There are trains available from Granada to Córdoba as well and take around forty-five minutes to an hour. 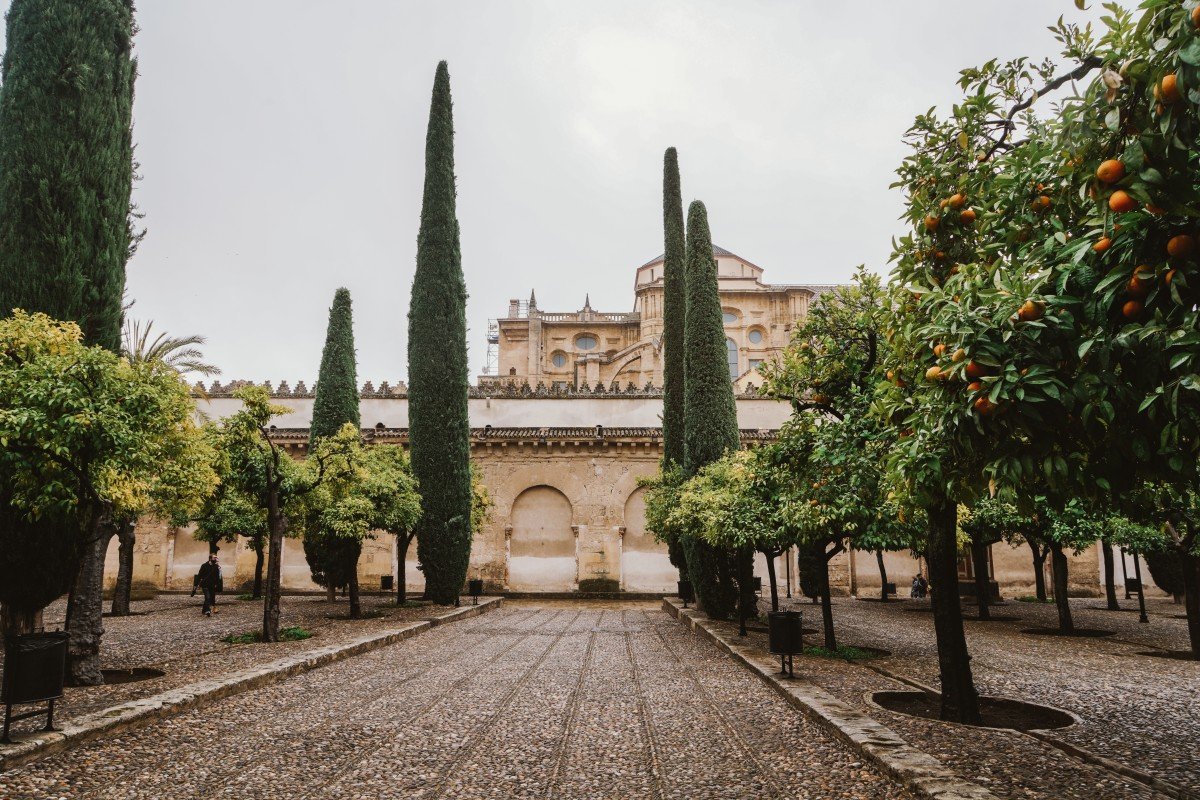 Getting from Córdoba to Seville or Madrid

If you end your trip in the city of Córdoba, you’ll want to make your way back to a major city to fly out. I chose to go to Madrid and booked a train ticket to Madrid Atocha for around 60 Euros one-way. I caught my “out-of-country” flight from Madrid.

If you’re bound for Seville, there are buses and trains which take around the same amount of time as well from Córdoba.

Helpful blog posts for planning your trip in Andalucía

A Guide to Córdoba

A Guide to Seville

A Guide to Granada

A Guide to Málaga 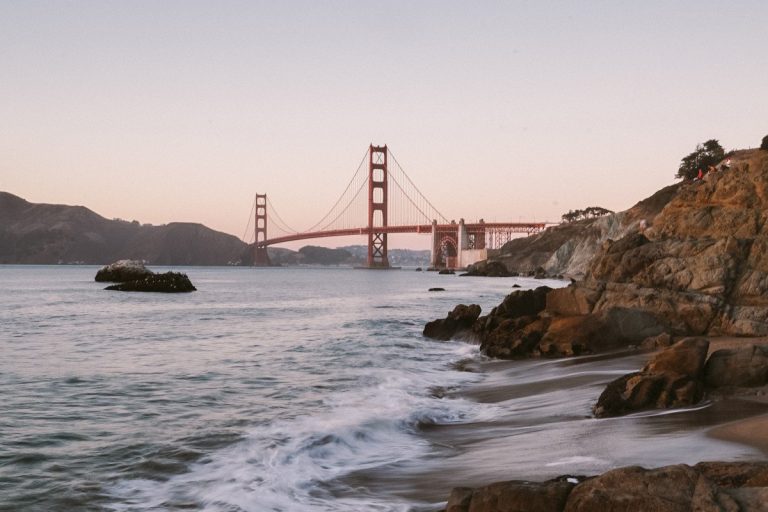 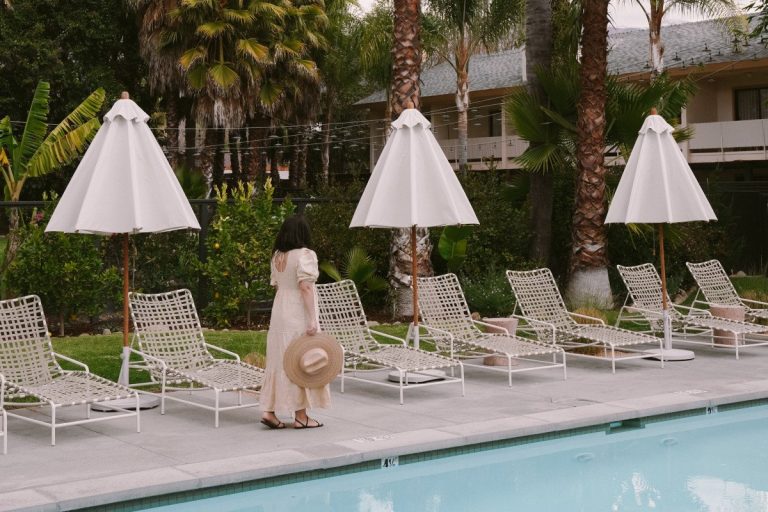 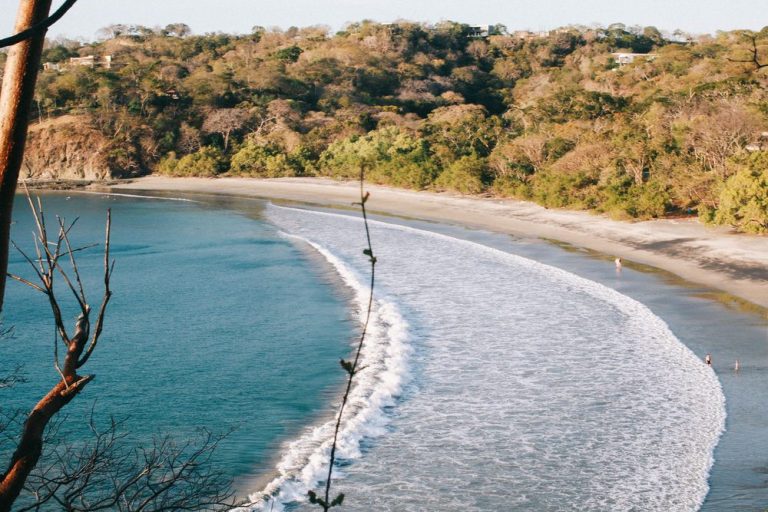