Is WOW Air worth the savings? This was the first thing a friend asked me when I returned back from Copenhagen last month. As I told more and more people about choosing WOW Air for my last European adventure, this question kept coming up more and more. So here’s a quick recap of what I experienced.

I was headed to Copenhagen and then onto Stockholm for 10 days in February. I need a flight into Copenhagen and return flight from Stockholm, also known as an open-jaw flight (where you fly into one airport and out another). I usually fly Star Alliance as I have my points with them and as I did my scanning, I couldn’t believe the price points. The average quote was onwards of $1700 USD and most were quoting around $1950. There was no way I was going to swing this trip.

I remembered a friend who took a WOW Air flight for less than $400 the year before and I started to poke around. I was able to find almost the exact same itinerary, a few more hours in the air, for only $525 (and this was a reservation that included the seat reservation, the fee to check a bag, and bring a carry-on — not the base fee which includes nothing). I saved myself $1200 just on my flight. I took both of the flights with the one stop in Iceland (all WOW Air flights usually stop here) and kept my money.

So is WOW Air worth the savings?

In short, yes. It’s no business class on Air France, but it’s certainly no Allegiant Airlines. It’s more on the edge of Jet Blue. The reality is when you see how much money will be left in your bank account, I’m sure it will be okay on an eleven hour flight on WOW.

Here’s what you can expect in flight:

The Seats: The space is minimal so I recommend not buying the base ticket but going up one and reserving a seat in the section of two seat section on the aisle side towards the front of the plane. If you’re 6’4”, this probably won’t be your most spacious flight. However, the seats are clean, well-designed for space, and recline just enough so that you can get a good lean in. My outlet didn’t work so I would expect it not to and there’s no tv’s or entertainment (so bring your own).

The Service & Food: It’s actually the most friendliest staff I have ever encountered over the past year and 60 flights I’ve taken. They’re happy to help, young, and energetic. Nothing is included with your ticket — let me repeat, nothing. Not water, coffee, snack, or meal. So I would suggest grabbing a meal before, a large water bottle, and some snacks. Let’s say I came out of pocket $65 on food total for both flights, that means my total cost was still only $590 and still around $1200 savings for a flight that included the food/beverages.

Luggage: Again, it’s an a la carte situation, so you need to pay to bring a carry-on (yes they check) and to check one on. I would suggest buying the ticket that includes both and secure a preferred seat.

With all of this in mind, WOW Air is definitely worth the savings to Europe. It may be a bit of a squeeze and not the most spacious, but for a flight to Europe, it’s tolerable.

*All images belong to their respective owners. I didn’t have my camera out on this trip, so sourced a few for you get an idea. Banner image credit. 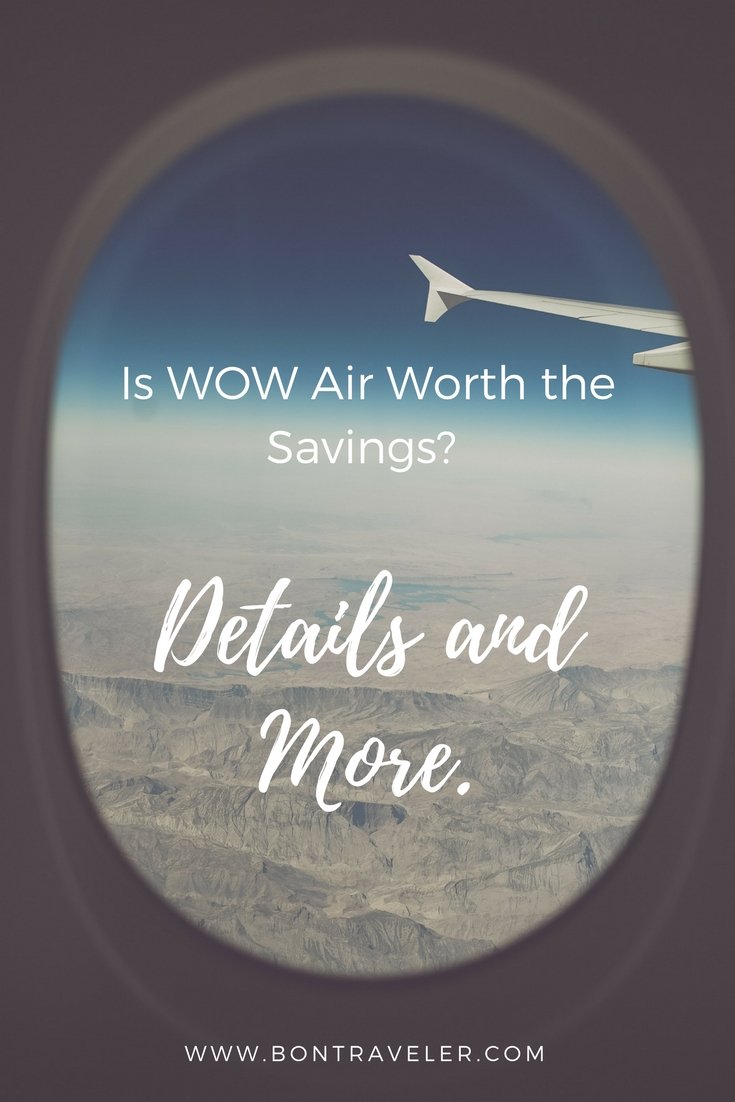 How to Handle an Airline Cancellation

The Best-Connected Cities in Europe to Fly Into

6 Ways to Have a Smoother Flying Experience